In 26 years with the FBI, Brenda Moxley did it all: Undercover work. Hostage negotiations. Murder investigations.

And, according to her LinkedIn page, counter-terrorism.

She has been tasked with helping her old agency minimize — if not prevent altogether — security threats against South Florida Jewish institutions, like the plot to blow up the Aventura Turnberry Jewish Center in May.

“The rising threat of terrorism is not something people like to think about, but it’s out there in the community,” Moxley said. “Jewish schools, synagogues, day camps are all potential targets. That was a driving force behind establishing one entity” to address them all.

Federal agents arrested James Medina long before he could act out his destructive plan in Aventura, but the danger for places of worship — regardless of religion — isn’t going anywhere.

We're not around right now. But you can send us an email and we'll get back to you, asap. 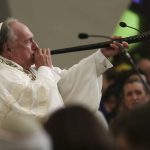