With the rising number of  attacks on synagogues and Jewish organizations and institutions, South Florida has responded with new measures to protect their communities. Leading the charge, Brenda Moxley, has worked tirelessly to maintain the security and safety of the community. After the October 2018 shooting massacre at the Tree of Life Synagogue in Pittsburgh, the Miami Herald spoke to community leaders in South Florida to see what steps have been taken to stop a similar attack.

[October 2018’s] shooting was a “stark reminder of increased worldwide anti-Semitism,” said the Greater Miami Jewish Federation in a statement to the Miami Herald, citing data from the Anti-Defamation League that shows an almost 60-percent uptick in reported anti-Semitic incidents in 2017 compared to a year before.

Solomon said the Greater Miami Jewish Federation has worked closely with Brenda Moxley, the Federation’s director of community security. The Federation also works with security officers at local synagogues, schools and other agencies in training, consulting and preparedness.

We're not around right now. But you can send us an email and we'll get back to you, asap. 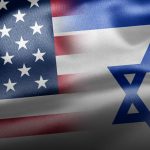